July 31, 2021
Trending Now
Home Blog If you could charge in 5 minutes, would you drive electric? Here’s what you should know | 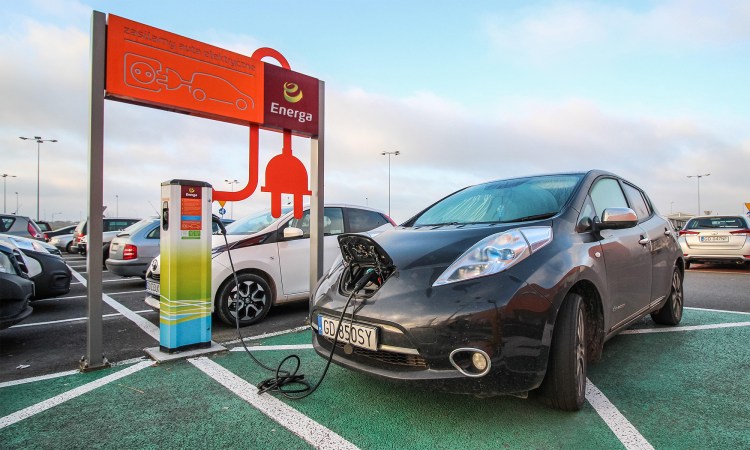 Earlier this year, lithium-ion battery company StoreDot announced it can mass-produce electric vehicle batteries that can be fully charged in just five minutes — the same amount of time it takes to fill up a traditional gas tank with fossil fuel. Could this fast-charging battery be the game changer needed to  transition to a cleaner transportation industry?

Electric vehicle charging speeds can be tough to understand. Some of the latest models advertise charging rates of over 900 miles in an hour, but the average rate is typically about half that when charging a battery from 10 percent to 80 percent. The rate of charging is also constrained by the charger itself; the UK, for instance, only has a handful of so-called “ultrafast” chargers capable of delivering over 100 kilowatts.

Will the average battery take you where you need to go in a day? In Europe, most people drive well under 50 miles per day, and the US average is about 29 miles per day. With most electric cars capable of driving more than 200 miles on a single charge, the average person would only need to power up once or twice a week.

For the 60 percent or so of UK households with off-street parking, this can be done overnight. But for those who can’t charge at home, there are other options available such as charging at stations near your workplace or local shopping area. Even if you wanted to drive the entire length of the UK, you could do it today by taking a 30-40 minute charging break every two to three hours.

Five-minute charging could remove perceived barriers for many drivers and make electric vehicle adoption a simpler choice for those without access to home charging. It’s also more convenient for people who’d like to take longer journeys without stopping for lengthy charge breaks.

We also need to consider the growing demand for charging stations. Because few people currently own electric cars, it’s fairly easy to find unoccupied chargers but this is likely to change over time with more widespread use. Already, Tesla drivers leaving California at Thanksgiving can sometimes spend hours waiting for chargers. Will similar bottlenecks pop up across the world as it catches up with those early adopters?

Rapid charging could help solve this by reducing the number of rapid charge points required at a service station by a factor of 10 since people can move through them more quickly. This could also save on costs since rapid charge points are expensive to build — the hardware alone costs tens of thousands of dollars.

StoreDot’s plans to add 300 miles of range in five minutes suggest charge rates that require one megawatt — which is three times the rate of the fastest chargers available today. This is a significant power demand, so you’re unlikely to find such chargers at every street corner or gas station — the necessary substations and cables simply are not there.

Another challenge is that electric vehicles have the potential to overload local networks, and sudden increases in demand could cause problems for power generators. When cars are predominantly charged overnight or on slower chargers during the day, which is what currently happens, these issues are relatively easy to manage.

But if high-speed charging means commuters power up their cars on their way to and from work, then this concentrated demand for electricity would coincide with existing peaks in demand. As intermittent renewable energy from wind and solar becomes more common, this could cause major problems for grid system operators, since no one can order the wind to blow or the sun to shine in convenient morning and evening bursts.

As it stands, electric vehicles are seen as a potential means to manage this intermittency through controlled charging and even vehicle-to-grid, where car batteries could supply power back to the grid at times of low generation. Widespread adoption of rapid charging, rather than home and work charging, would reduce the opportunity for this type of system management.

How soon will we see superfast charging batteries on the road?

We don’t yet know when these batteries will reach commercial applications, but you probably shouldn’t expect them anytime soon. Vehicle manufacturers are still figuring out whether they can be manufactured reliably at a low cost, will not present safety issues, and will have at least as good longevity as existing chemistries. It takes time and real-world testing to prove all this.

In the meantime, more conventional chemistries are developing and many manufacturers are moving to higher voltage battery architectures that can charge at higher power. For example, the new Hyundai/Kia models being launched this year can reportedly charge from 10 percent to 80 percent (over 200 miles) in just 18 minutes at existing 350-kilowatt chargers.

Getting sufficient charge to drive for three hours in the time it takes to drink a cup of coffee may be all we really need.

A version of this article originally appeared in the The Conversation.

Discover how much electricity it takes to power the world in this TED-Ed lesson: