July 30, 2021
Trending Now
Home Blog Do insects have personalities? Yes they do, says this researcher | 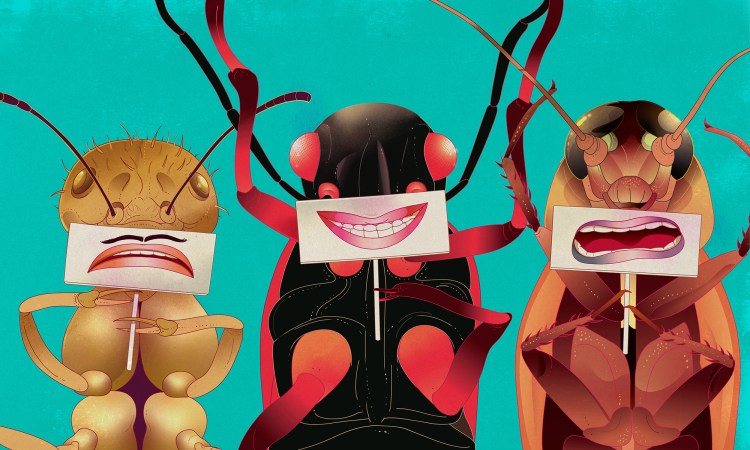 Like many of us, Melinda Babits has a perfect pet. But it’s probably not the kind you’re thinking of.

“Cockroaches are my favorite animals,” says the zoology researcher. “I think they make great pets.”

Today Babits is a PhD student in the department of evolutionary zoology and human biology at the University of Debrecen in Hungary. And she’s following through on her early observations by developing personality tests for insects.

It’s estimated that there are approximately 10 quintillion — 10,000,000,000,000,000,000 or a 1 followed by 18 (!) zeros — individual insects alive on Earth. In other words, for every one of us humans, there are roughly 1 billion insects. “Many people think that insects are like little machines that feed and then reproduce, and they are just here to annoy us all,” says Babits, “but the fact is that these animals are always around us and people just need to get to know them better.”

Now before you get too excited, the tests that she is developing won’t determine their Myers-Briggs types or sort them into Hogwarts Houses. That’s because the traits we typically associate with personality can’t be directly applied to insects or other animals — there’s a reason why “person” is part of the word “personality”. What we’re calling personality in insects is much less complex than personality in humans.

In their work with insects, Babits and colleagues define “personality” as “consistent individual differences.” Consistencies in individual behavior patterns can be observed in the same insects across time or across different situations. For instance, when raising her cockroaches, Babits noticed that some of the males were more aggressive than others.

To understand the difference between human personality and insect personality, think about what personality means to you in terms of a dog or cat — you think about their playfulness, energy and level of attachment — versus what it means in your best friend — you think about all the little nuances they exhibit, like the traits that stand out when you first meet them, the ideas and activities they’re drawn to, and the ways they communicate and express themselves.

The most well-studied personality traits in insects are boldness, sociability and aggressiveness. In her research, Babits’s goal is to measure personality differences between individual insects of the same species. For her experiments, she is using firebugs (the species Pyrrhocoris apterus). These striking red-and-black insects are common in Europe, so they can be easily collected and don’t require laboratory breeding (which would also result in a genetically limited population).

To measure their traits, Babits puts firebugs through field tests. The insects are released into a circular arena (55 centimeters, or 22 inches, in diameter with walls 46 centimeters, or 18 inches, high) to prevent them from escaping. Unfamiliar objects, such as rubber bottle caps, are placed in the arena, and the firebugs’ movements are captured by a camera. A computer program then analyzes the movement patterns of the individuals to see how much they’ve explored the arena and interacted with the novel object. One to three days later, the same individuals are put in the arena again to see if their behavior remains consistent.

Only the boldest firebugs go to where no firebug has gone before — to explore the bottle caps.These traits are measured in relative terms, or as Babitz clarifies, “I can’t say if a firebug is bold or shy; I can only say it’s bolder than the other individuals.”

Two other facets of a firebug’s personality are activity and explorativeness. “These are usually related. With activity, you want to see how much time the individual spends exploring its surroundings,” Babits explains, “Explorativeness is more connected to the space itself — some individuals just like walking back and forth and exploring a small section of the experimental arena, while others go around trying to explore the nooks and crannies.”

Another trait they’re studying is sociability. To assess it in firebugs — and determine which are more like social butterflies — she and her colleagues mapped insects’ social networks. How did they do this? Six color-coded firebugs are placed in a circular arena, where 18 different locations have been marked. If two firebugs are in the same location at the same time and have a physical interaction, then they are considered in the same social network. The researchers measure the number of such interactions that occur over a 12-hour period. Like humans, some firebugs are sociable and others prefer to keep to themselves.

But why does it matter whether insects have personalities? “The way an individual behaves shapes the connections it forms and maintains with others and indirectly influences the behavior of the whole group,” says Babits. It can also directly affect the health and well-being of individuals as well as the entire group. Firebugs can transmit diseases, such as parasites, amongst each other, so “an individual with many connections has a higher chance of spreading a disease compared to a less social one,” she explains.

What’s more, diverse personalities could be the key to survival for some insect species. “In different situations, different [personality] types are beneficial for the group or for the species itself,” says Babits. “If there are individuals who are more explorative, they can discover new food sources.” Just like researchers can take human personality traits and predict things like their risk for disease, their job satisfaction or their stress reactions, understanding insect personality can give scientists with insight into other aspects of that insect’s behavior such as habitat expansion, social organization and food acquisition.

At this point, Babits’s firebug research is not extensive enough for her to draw major conclusions, but she plans to continue her work. To avoid the influence of mating behaviors on personalities, her current experiments consist of either male-only or female-only groups. However, in future studies, she’d like to mix male and female insects and observe the results. “It would be interesting to have both sexes in the same group, to see if females prefer the company of other females or males and how this would change the dynamic within the group,” she says.

No two insects — or insect species — are alike, and Babits would also like to extend her experiments to other insects with varying lifespans and physiologies. For example, understanding the personalities of invasive spotted wing fruit flies (the species Drosophila suzukii) and how they change over seasons could help farmers control this pest. They are flourishing globally and infesting fruit like raspberries, pears and grapes and take different forms — called morphs — in the summer and winter. Researchers might use behavior changes between summer and winter morphs to find ways to control these pests.

By starting with insects, researchers could also gain insights into the behavior of more complex animals. In zoos, for instance, understanding the personalities of the resident animals could help people with designing better habitats for them.

Babits herself is still driven by her love of insects. In fact, she’s kept cockroaches as pets for the past 16 years. “Showing people how exciting insects are — especially the despised and hated cockroaches — has become one of my main missions in life,” she explains.

So if your first instinct is to reach for a shoe or book the next time an ant or beetle pays you a visit, just remember: “What you see is indeed a truly unique individual,” says Babits.